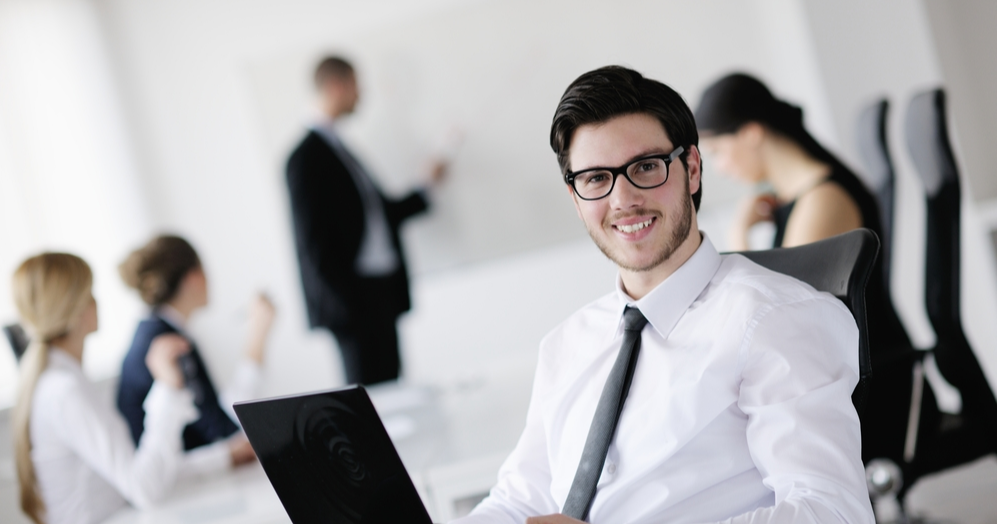 Apprenticeships are for everyone!

When speaking to employers about enrolling their staff members onto Apprenticeships, it is automatically assumed that they’re for a young person starting out in their career who has just left school or college.

When in fact, Apprenticeships are suitable for anyone at any age – no matter how far they are in their career.

Throughout the years I have worked in training & development, we have tried to tackle the stigma individuals have about taking on Apprentices.

Apprenticeships are for everyone

Apprenticeships are in fact for everyone, no matter where you are in your career.

Perhaps you are looking to enhance your skills within the job role you are currently in or maybe you are preparing for a new role within the organisation.

An Apprenticeship is one of the best ways to learn whilst you’re working as the things you are being taught will be put into practice and tailored to your specific job role.

Stigma of being too old

Both of these films showcase the stigma that if you’re of a certain age, you are too old to enrol onto an Apprenticeship.

Riverside Training have a screening process for all individuals who wish to enrol onto an Apprenticeship Standard or become an Apprentice in the work place.

During this process we come across a lot of candidates who start of the process with the question “Am I too old to start an apprenticeship?” and the answer is always no! You’re never too old to increase your skills and knowledge within your role and it’s normal for people to want to do better with their careers and get more qualifications on their CV.

Riverside Training have joined with an online platform called BUD.

BUD is an e-learning platform that allows individuals who enrol onto an Apprenticeship the ability to work on their qualification in their own time, as they have been designed so that people can cope with the work load from the course whilst still working.

The platform boasts large benefits for employers and learners as it allows Work Based Tutors and learners to communicate with each other in real time.

Learners can also see their progress throughout the qualification making it easier for them to see where they are and what they have got left to complete.

In my opinion, you are never too old to learn.

As a young teenager I didn’t know what I wanted to do as a career, and throughout my career I have even had second thoughts about what I actually want to do.

Although I have a great passion for what I do, there are times where I think ‘what if I became a Project Manager for Riverside?’.

I am strong believer in the phrase ‘do whatever makes you happy and if that means completing an Apprenticeship to enhance your skills within your current role, then go for it.

Posted on 20th August 2019
Embracing the Change Here at Riverside Training we are embracing the change and leading the way for End-point assessment. Our new apprentices are now fully fledged onto our Apprenticeship...
Read more
Levy

What Can I Spend My Apprenticeship Levy On?

Posted on 20th August 2019
Use It or Lose It – The Apprenticeship Levy The term ‘use it or lose it’ has been used by training providers over the last few months because if an organisation does not spend their Apprenticeship...
Read more

Speak to a training specialist

Speak to our friendly team today to find out what options are available for you and your business.

Alternatively, take a look at any of the below:
Qualifications
APM PMQ
Apprenticeship Vacancies